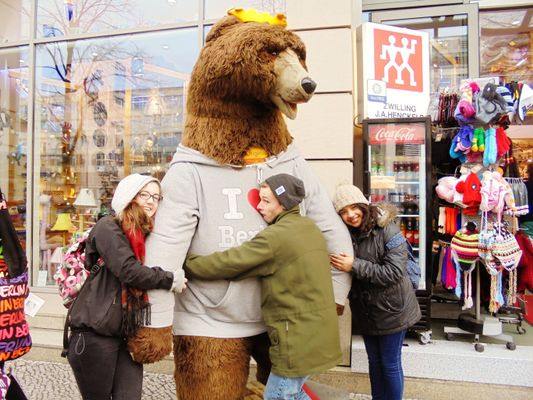 Another local, the work or Bimer can be seen throughout Berlin, from well protected pieces in hidden alley ways to illegal sketches at the entrances to apartment blocks and a few murals too.

Bimer has been active in Berlin for a long time now and creates familiar characters for all to see. His character is a bear is also the symbol of Berlin and takes many different forms.

Bimers bears are regularly angry and expressing disgust at the changing atmosphere in the city. Many street artists use their art to convey their ideas and thoughts and it seems that Bimer has a lot to say.
When given the time to create his bears are colourful and creative. When Bimer hits the streets illegally his work is much more simple but just as recognisable. 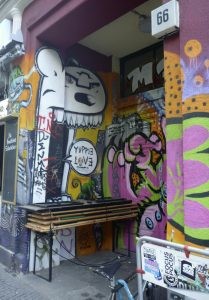 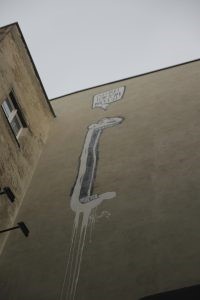 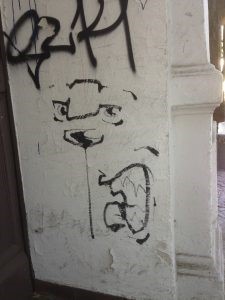 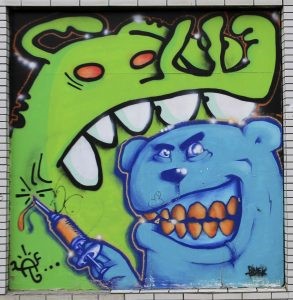