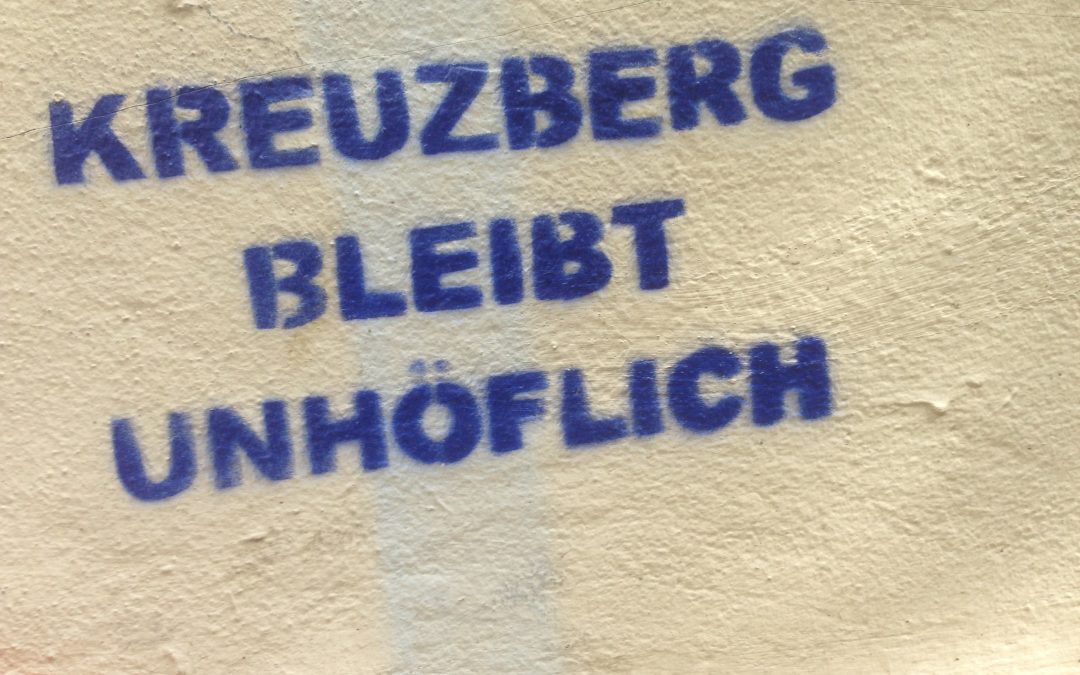 After the fall of the Nazi Regime Germany was occupied by the Soviet Union and the allied forces. There was a lot of issues in the county and an opportunity for the squatting scene to take off. West Berlin in particular became a mecca for squatting among many other things including an artistic brand that Berlin is world famous for. After the fall of the Berlin Wall in 1989 the squatting scene that had manifested in the west spread to the East and became more massive than it already was. There were so many new spaces to occupy and with these new spaces came more people looking for their very own alternative lifestyle. Kreuzberg was by far the most squatted district and still is to some extent today.

It was at the start of winter in 2012 that I moved to Berlin, my first European winter. A long dark winter that broke many records. On New Years Eve I went out in Kreuzberg with some friend to the Cuvry free space to put some fireworks in the sky and drink some cheap beers. I marvelled at the sight of the small squat community that had started to form on the vacant land at the bank of the Spree river. Two teepee’s, a couple of wooden shacks and a tent stood in the open field and people actually lived there without electricity or running water and the best thing is no one was stopping this from happening. Berlin it seemed was a city where people actually had freedom.

MY EXPERIENCE IN A SQUAT 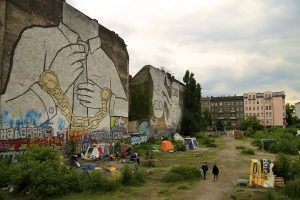 In June 2013 I started visit the Cuvry Squat regularly, sitting by the river on warm summer nights, picnicking with friends on the weekend and partying with the squatters mid week. It was summer and everyone was in a summer mood. I became acquainted with a few Cuvry residents and took an invitation to move into a tent on the free space. At this time only about 30 people were officially occupying the space and I couldn’t help but wonder where all the people were coming from? Some of the residents were homeless and found refuge here, others were travellers looking for a place to camp, many were people without much money and a tolerance for the very simple life and some were just taking the opportunity to experience squat life. I was of the latter and amongst the minority of residents who had a job. I came to love the simplicity of squatting and I found myself living a life where I didn’t have to work my ass off just to afford to pay rent, I could actually enjoy life and work just enough to get by. As the summer days ticked on by I became convinced that I could stay here, as long as no one was trying to evict me I had the perfect existence. I joined in the construction efforts and 3 months after my arrival I moved from my tent to my shack where I ended up living for the next 15 months. 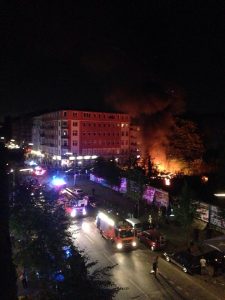 D’day eventually arrived and it started with a fire in one of the houses before the police came and refused everyone entry to their homes. The squat had reached critical mass growing to about 150 residents. The inflated population was attributed to by the closure of 3 other squats over the winter period and as a result a few social issues had arisen. Cuvry became unpopular with many of the neighbours and the owners of the space had approval to start building in early 2015.

My squatting days were over for a time and Berlin is running out of free space for alternative living. But it was this experience that sparked my interest in such lifestyles and I now realise the necessity for squats, artistic and creative spaces.. If society is truly free and fair there should be space made available for such lifestyles without forcing people to move out of the city. The squatting scene is responsible for a large chunk of Berlin’s culture and without the possibility to squat or live cheaply the people who create the popular scene are forced out and unfortunately the culture is too. As with any scene there is a peak time an a low time and the squatting scene in Berlin is at an all time low. Gentrification is the word on everyone’s lips and its starting to become a real problem for anyone who doesn’t want to conform to the modern consumeristic way of life.

As far as Kreuzberg goes it is a district without shopping centres, where we value independent enterprise and family business above big companies. Kreuzberg is a district where the people have always chosen how it exists through protests, demonstrations and public support to protect the unique culture. It’s a real shame that gentrification is having such an impact because it’s the last district that is almost free from the international corporations and global brands. Sure the scenes that are forced out will find a new place to manifest but once Kreuzberg is sold off there is no going back to this unique existence.
One real problem with the future of Kreuzberg is the increasing cost of living displaces the people responsible for the scene and the people replacing them don’t have the same passion despite being attracted to the culture in the area. We need to maintain a sustainable existence of the artistic brand and the alternative culture through means of affordable living and make available uninhibited creative spaces.

If Kreuzberg loses its culture its just an ugly neighbourhood.