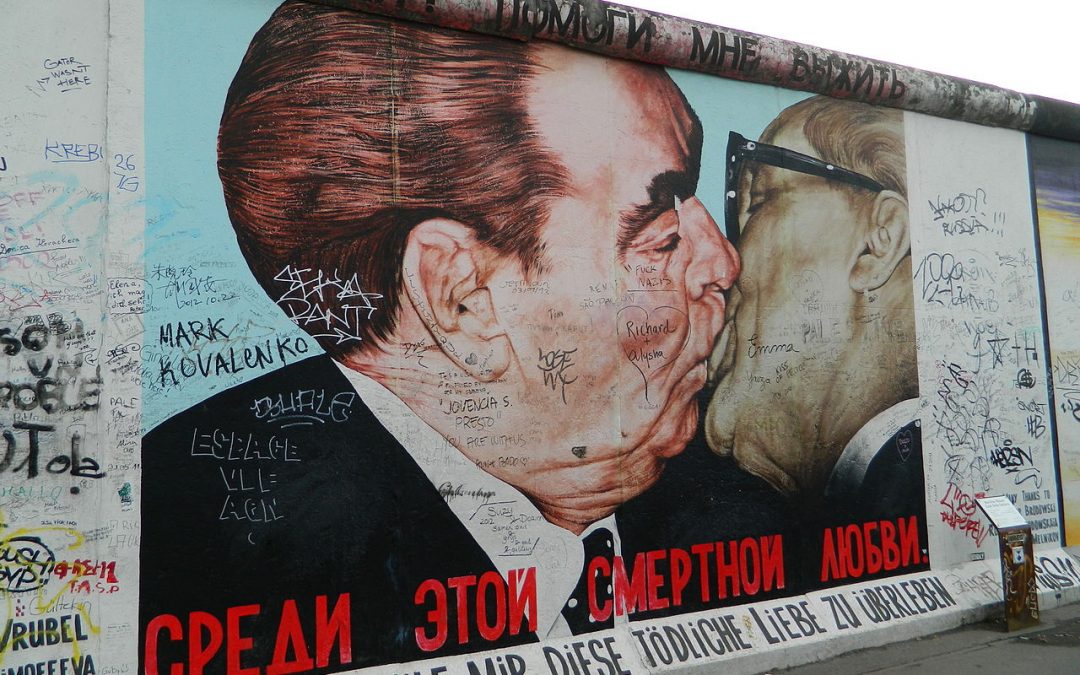 History of the Berlin Wall

Berlin Wall will be remembered in history as a Cold War metaphor. It is the symbol of Soviet domination of Eastern Europe, the weakness of Germany after the Second World War but also the symbol of democracy at the end of the 20th century.
Germany was divided into four occupation zones after World War II. The capital, Berlin, was completely surrounded by the Soviet zone, and as the seat of the Control Council, itself was divided into four occupation zones, with Soviet sector the largest by far. Although the intention was that the Allies jointly manage German inside 1947 borders, the beginning of Cold War tensions has led French, British and American zones to unite into the Federal Republic of Germany (and West Berlin) in 1949, excluding the Soviet zone which became the German Democratic Republic (and East Berlin) the same year. The border between East and West Germany was closed in 1952, while it remained open only in Berlin.
The idea of building a wall was presented by the East German administration of Walter Ulbricht and approved by Soviet leader Nikita Khrushchev. The wall was built with the intention to stop the outflow of workers and improve the economic balance that was associated with the daily migration of a large number of professional and skilled workers between East and West Berlin, as well as to prevent the escape that had political and economic ramifications for East Berlin. The wall effectively decreased emigration from 2.5 million between 1949 and 1961 to 5000 between 1962 and 1989. 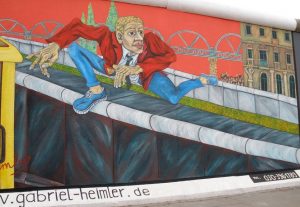 Construction of the wall began on August 13th 1961 and was carried out in four separate phases:
1) The original wire fence (1961)
2) Improved wire fence (1962-1965)
3) Concrete wall (1965-1975)
4) Border wall “75” (1975-1989).
Wall was 155 km long and built by the East German troops and workers, not including direct Soviets. The wall physically divided the city and completely surrounded West Berlin. There were eight border crossings between East and West Berlin that enabled the movement of West German citizens, Western foreigners and Allied personnel into East Berlin or East German citizens to West Berlin, provided that they had special permit. On November 9th 1989, began the demolition of the Berlin Wall, 28 years old symbol of the division of Europe after the Second World War and the ideologically-political and military confrontation between East and West.
With the fall of the Berlin Wall, Europe definitely lost its key role on planetary scale. Eurocentric world ended in the ruins of the “wall of shame”. Since the discovery of America until the two world wars in the last century, European powers ruled the world almost half a millennium; after World War II the Old Continent became the scene for clashes of the two new planetary powers: the United States and the Soviet Union. With the fall of the Berlin Wall fell the Soviet communist empire and United States took the planetary priority over.
It is interesting that even 25 years after the fall of the Berlin Wall, many people still feel cultural differences between eastern and western Germans. Some refer to the phenomenon known as ‘wall in the head’ (Mauer im Kopf) and according to some research few years ago, over 20% of West Germans and over 10% of East German who participated the survey, would still prefer Germany divided by the Berlin Wall.

To Check Our more of the Berlin Wall Join our Free Alternative or Original Free walking tours!