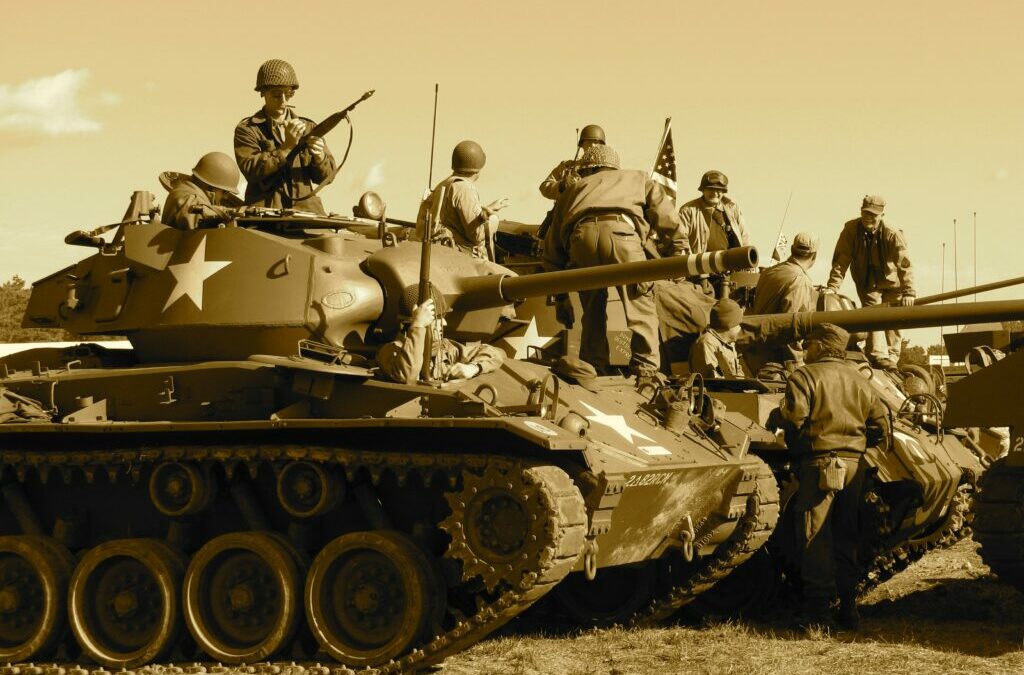 World War II was one of the biggest events that rocked the world in the twentieth century. It destroyed countries, traumatized people of different nationalities and ethnicities and shook several countries’ economies.

One of the influential cities in the World War was Germany’s capital, Berlin, an economic powerhouse in modern history. A fine way to experience history is participating in a ww2 walking tour Berlin. Beyond watching films and documentaries, experiencing any of our Germany world war II tours is recommended.

77 years after the war’s end, some places, towns and historical sights can still be seen. Of course, the war destroyed most of old Berlin architecture, but there are a few preserved sites. Standing on the same site and coming face to face with landscapes and monuments that signified some of the worst acts of humanity could be overwhelming. However, being reminded of things like this is a great way to remind us not to repeat history.

The Beginning of World War II

World War II (also known as Second World War or WWII or WW2) was one of the biggest conflicts and wars in the history of man. In some aspects, it was a continuation of the disputes left by an unsettled World War I after a 20-year hiatus. The second world war lasted from 1939-1945 and affected virtually every part of the world.

The war was spearheaded by Adolf Hitler, leader of the Nazi Party in an economic and politically unstable Germany. He desired to rise to world power, so he rearmed the nation and signed treaties with Italy and Japan to further his ambitions of world domination.

Hitler had long planned to overthrow Poland, a nation Great Britain and France had guaranteed military support if Germany attacked. In August 1939, Hitler and the Soviet leader, Joseph Stalin, signed a German-Soviet Nonaggression Pact, which caused worries in London and Paris. So, the pact meant that Hitler wouldn’t face a war on two fronts when he attacked Poland and would also receive support from the Soviet Union.

In September 1939, Hitler’s army and the Soviet troops invaded Poland making Great Britain and France declare war on Germany. This marked the beginning of World War II. Over the next couple of years, the conflict from the war would go on to damage properties and incur about 40 to 50 million deaths worldwide. Among the people killed were 6 million Jews in Nazi concentration camps which was part of Hitler’s “Final Solution” plan. This is also referred to as the Holocaust.

The war continued to rage on, leaving destruction in its wake, and in the spring of 1945, World War II had been raging for more than five years. In June 1941, Hitler went back on the pact he signed with Stalin and ordered the invasion of the Soviet Union. So, the Soviet Union continued to repel German forces in eastern Europe, losing their soldiers.

In June 1944, successful allied invasions in France gave U.S and British troops the ability to capture part of Germany’s territory and subdue their forces. Around the same time, the Soviet troops began their campaign in the east. Over the years, the army marched toward Berlin; with the intent to destroy Nazi Germany.

The Battle of Berlin

The battle of Berlin was one of the last battles of World War II, which lasted from April 16 to May 2, 1945. The battle took place between the Soviet Union and Nazi Germany, and it ended with Berlin’s total fall to the Soviet Red Army, an act of revenge for the suffering of the people of the Soviet Union since 1941.

In April 1945, large troops from the Red Army gathered outside Berlin in preparation for the conquering of Berlin. Soviet forces invaded Berlin from the east and south and, in no time, quickly overran all German forces in the north. The city was already weakened before their invasion by bombings, and citizens and refugees were all about the city struggling to remain alive.

The German forces were so weak that they recruited child soldiers from Hitler Youth in the battle. The victory of the Soviet forces was eminent as they overran Berlin and engaged in close combat from house to house, subduing forces.

In World War II history and Germany, the battle of Berlin is considered an important conflict as it was the major battle in Europe. The outcome of the war signified the end of Nazi Germany and the leadership of Nazi Germany. At the war’s end, many leaders committed suicide, including Adolf Hitler, who committed suicide by gunshot, on April 30, 1945, in a bunker beneath Berlin, a day after marrying his new bride, Eva Bruan.

Over a period of five years, Berlin was hit by 67,607 tonnes of trinitrotoluene TNT) during the May 2 War II. And as of May 2nd, 1945, after the end of the war, about 80% of the city’s centre had already been destroyed, leaving much of Berlin in rubble, including the Reichstag, which was the seat of the German government (even though it didn’t play an active part in the war).

So, tracing the history of the war in present-day Berlin may be a bit difficult as most of Berlin, which survived the war, was later demolished. The Soviets wanted to erase everything connecting Germany and the war. However, a few World War II surviving sites are still open to tourists and visitors. Most memorial sites are a testament to people’s suffering, as some showcase bullet marks on sculptures. All, a testament to the darkness that existed in the dark days of wars.

Most of these sites are located in central Berlin and can be explored as part of a free walking or private tour. There are several of these in Germany, so you’d have to find the right one suited to your needs. If you’re on vacation in Berlin, you can explore everything on foot or by hopping on a bus.

On a World War 2 tour Berlin, you’d surely come across remnants o the war around the city. There is no shortage of places, from bullet holes in buildings to memorials, flak towers and former Nazi buildings. A concentration camp is also located outside the city, easily accessible by public transport.

Some of the top notable Berlin third Reich tour sights include:

The Reichstag once symbolised power and housed the GermaFebruary 27t from 894 to February 27, 1933. In 1933, a famous fire destroyed a part of the building shortly after Hitler became chancellor. Hitler blamed it on communists and used the opportunity to claim power for himself. During the battle of Berlin, the building was one of the major targets of the April 30, Red Army. So, on April 30, the banner of the Soviet Union was hoisted over the building.

To enjoy a free tour of the Parliament building, you’d need the original copy of your ID card.

In 1933, a concentration camp was operated in a former barracks by SA, Hitler’s ea liest paramilitary group. A quick tour will explain all that took place here. You would find the rooms used as cells in their original condition.

Towards the end of the war, Adolf Hitler and his then mistress, Eva Braun and members of his inner circle retreated to an underground bunker in Berlin. When the Soviets took over Germany, they attempted to blow up the bunker but failed. Now, all that remains of the bunker are underground remnants not open to the public. Instead, a parking lot covers the area now, but a plaque was placed in 2006 for tourist information.

The Sachsenhausen concentration camp is located in Oranienburg, 35km from Berlin. It was built in 1936 originally as an extermination camp. However, with the war, it became a prison for criminals, communists, homosexuals and Jews. Between the commissioning of the camp and the liberation of the imprisoned people by the Soviet troops, more than 200,000 people were detained in the camp, and tens of thousands died there too.

The camp is huge, so you’d need about 3-4 hours to explore the site fully. You could go on a group tour to fully explore and get all the dark details of the camp, or you could do the exploration alone. Whichever method you choose, you’d surely leave more informed.

Berlin is a beautiful city with layers of history openly displayed. Berlin’s World War II left a lot of marks on buildings and people’s lives. Just like modern architecture is easy to see, you’d also get to see signs of world war II around when you’re in Berlin. History is waiting and ready to be explored.  Get ready to immerse yourself in a special World War II tour of Berlin for a truly inspiring learning experience.