All the way from Sao Paulo, Brazil 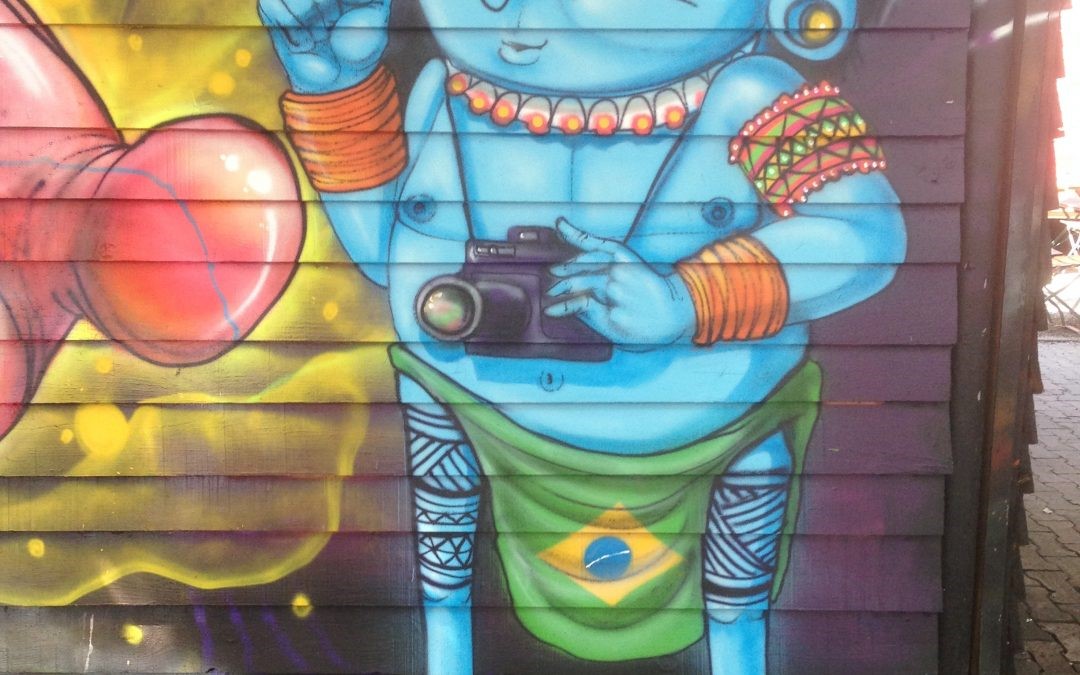 Cranio is a Brazilian street artist hailing from Sao Paulo. Since 1998 he has been covering the grey walls with his bright Blue skinned characters. His creations represent the indigenous people of Brazil and can be found around the world in a multitude of situations.

However his work is not just artistic and fun, Carnio has strong messages to share. His art is designed to provoke the observer to contemplate issues in our lives such as consumerism, political situations, environment and personal identity.

The most recent of Cranio’s fun characters appeared in Berlin around the time of the 2014 world cup. A time when many Brazilian’s took the opportunity to rent their homes to cashed up tourists and check out the rest of the world.

I was lucky enough to see Cranio in action, painting one of his characters on the wall of the Magnet club in Kreuzberg. 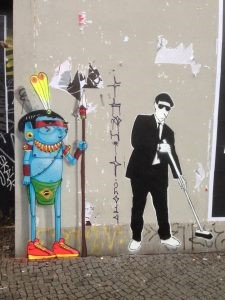 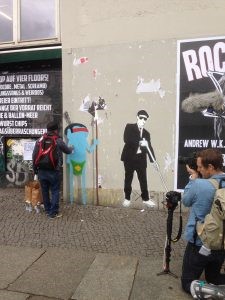 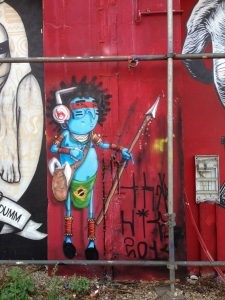 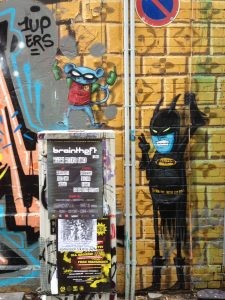