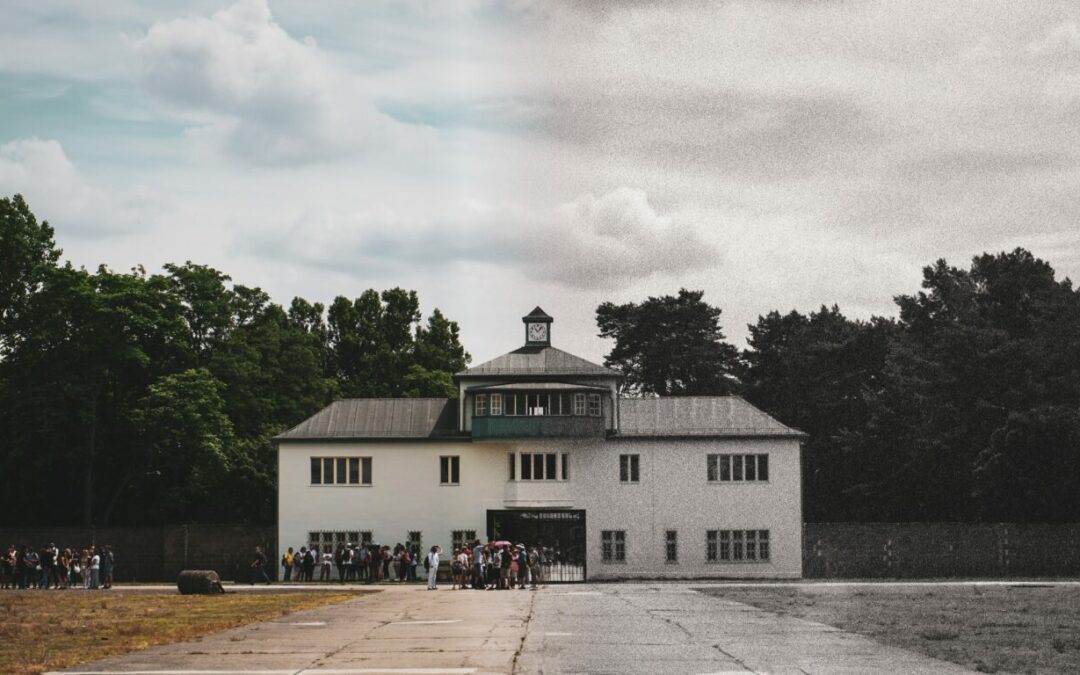 Museum and Memorial Sachsenhausen was initially constructed to house Nazi government political opponents. The camp soon held familiar Jews, intellectuals, gipsies, and homosexuals as its purpose increasingly grew. A few of the camp complex’s original structures have been kept in their original configuration and are now accessible to the public as museums. Several prisoner barracks and a pathology laboratory, where Nazi doctors subjected the inmates to medical experimentation, are still standing.

Before visiting the Memorial

Only if young people have already gained a fundamental understanding of the history of National Socialism and its exclusionary and exterminatory practices will they be able to come to grips with the difficult and complex history of the Memorial. Existing knowledge is a foundation for organising and managing new information, coping with emotional responses, and formulating historical queries.

It should be voluntary for the visitor to attend. The choice to bring a group to the Memorial should engage young people. We advise against visiting the Memorial before the subject of National Socialism has been covered in depth in Sekundarstufe II or introduced in class in the ninth or tenth grade (roughly the equivalent of Sixth Form). Here is a list of books about the history of the Soviet Special Camp and the Concentration Camp, as well as survivor memoirs.

People frequently have particular expectations before visiting the Memorial. To distinguish the historical artefacts from the time of the concentration camp to the transformation into a Memorial and museum, a pre-visit discussion in class about the nature and duties of a Memorial can be helpful.

The Memorial serves as both a cemetery and a place of remembering. Additionally, it serves as a classroom. There shouldn’t be any unreasonably high expectations for the behaviour and emotions of young people. A selection of displays inside Sachsenhausen lets you see locations like the barracks, prison, kitchen, and commandant’s headquarters.

Although admission to Sachsenhausen is free, a guided tour offers more information on the history of Nazi Germany. It sheds more light on the lives of the prisoners formerly detained at the camp. Most tours to the sombre memorial site depart from Berlin, including individualised private and small-group excursions.

Upon leaving the Memorial

It is beneficial for the group to talk about and shift their perceptions of the Memorial after the visit. You may effectively start the conversation by showcasing images and work products from the visit. When thoughts and feelings may be communicated freely, there is more room for asking follow-up questions that can subsequently be discussed in class.

Writing these thoughts down in a journal, pieces for the school magazine or website, or wall newspapers are all effective ways to process the visit. Students could conduct studies on the history of their neighbourhood or school during the Nazi era to delve deeper into the subjects and connect them to their local environment. Perhaps there was a Nazi camp for forced labourers or a satellite concentration camp nearby.

Memorial & Museum Sachsenhausen, close to Berlin, used to be one of the most brutal concentration camps run by the Nazi administration. In addition to serving as a memorial to those who died there, Sachsenhausen is now a museum featuring a library, an archive, and outdoor exhibitions for the benefit of visitors.

Things to Consider Before Going

Sachsenhausen is situated in Oranienburg, about 40 minutes by car and an hour by train from the heart of Berlin. Take the underground (S-Bahn) from central Berlin to Oranienburg, walk for 20 minutes or take bus 804 to the memorial site.

History of the Sachsenhausen Concentration Camp

The camp, which prisoners constructed during the summer of 1936, served as a training ground for SS officials who later oversaw other Nazi concentration camps. More than 65,000 men and women prisoners were held at Sachsenhausen-Oranienburg in January 1945, barely months before the location was liberated by the Allies in April when 105,000 people perished during World War II.

The Sachsenhausen Memorial is accessible all year long. If you intend to visit the site during the winter, wear appropriate clothing because it is often outdoors. The monument and outdoor exhibitions are open daily, whereas the library and archive are only open from Tuesday through Friday.

Making a trip to the Sachsenhausen Memorial and Museums

The Sachsenhausen memorial site is a sizable location with several museums and educational facilities.

You should plan to spend two to three hours here, even if you merely focus on the main attractions and read a few of the informational panels.

The information at Sachsenhausen is available in German and English, and visitors’ centres also include information in other languages, so seeing the site involves a lot of walking and reading.

The amount of available material and the topic matter are both too much to take in during a single visit. The exhibitions and informational panels thoroughly explain the brutality, crimes, and atrocities committed at Sachsenhausen and the system of concentration camps. A summary of what visitors might view is given below, along with a suggestion of where they’ll likely locate the more compelling exhibits.

TIP: If you’re pressed for time, prioritize visiting the Station Z area and the exhibition in the former kitchen. The camp entrance is quite a distance away and can be reached by purchasing a map at the visitor centre. Along the way, there are several informational panels. The SS Troop Home (green) and the camp commandant’s house (gray) are often closed.

Foreign visitors have very little interest in the New Museum, which is located before the entrance to the camp proper. Despite having an intriguing stained glass window from the DDR era right at the entryway. How the site was handled from 1960 to 1990 makes up a large portion of the show. Few tourists would regret bypassing it entirely and devoting more time to the camp’s more engaging exhibits.

Through the well-known Arbeit Macht Frei (Work Makes Free) gate in the central guard tower, visitors can access the former camp. The majority of the camp is visible from here. The initial triangular design was not replicated elsewhere since the idea that the entire camp could be governed by a single tower was unworkable, especially when a camp was later expanded.

The roll call area (Appellplatz), with the gallows in the back and a portion of the boots testing track to the right, was directly in front of the guard tower. Here, prisoners were made to march for hours at a time to test out new military boots.

White outlines mark former barracks’ foundations; most structures here are reproductions. Once the East German dictatorship decided in 1961 to build a memorial to the anti-fascist struggle here with a severely distorted view of history, the site was only partially preserved.

In 1961, the security system close to the wall was rebuilt. Prisoners who entered this “neutral death zone” were shot without warning. Guards focused mainly on the legs to stop suicides. Two rebuilt barracks may be found to the right: 38 feature exhibits about Jewish prisoners, while 39 depict daily life in the camp. The original prison building next door was used for punishment and torture by the SS and Gestapo. The cells have several monuments to service members and foreign resistance fighters who perished in the camp.

The most intriguing exhibits are found in the kitchen of the former prison. It gives an excellent description of life in the camp while concentrating on important events. This is most likely the fascinating exhibit at the location for most visitors. Even if you have to return to the barracks later, this is arguably the finest site to start a trip to the memorial.

When the location was designated as a national memorial site in 1961, the DDR erected a tall memorial behind the kitchen. The 18 red triangles represent the mandatory clothing colors for political prisoners. The DDR strongly emphasised the struggle between socialists, particularly communists, and the Nazi regime. Many crimes and excesses were conveniently attributed to capitalists, absolving the working classes.

An additional guard tower with a lackluster exhibition on the connection between the camp and town is located at the site’s far back. There is an outlet to the nearby camp that the Soviets utilised from 1945 to 1950 directly behind. Numerous structures are still standing, and a sizable documentation centre contains considerable information on Soviet atrocities. Although the use of the camp from 1945 to 1950 was a heinous crime in and of itself, the main camp and the Nazi era will likely pique visitors’ interests more.

The most unsettling region of the camp is accessible through a hole in the wall close to the memorial monument. This “Station Z” was a typical Nazi designation for the mass slaughter and incinerator that marked the unfortunate prisoner’s end of the line. Although Sachsenhausen possessed a few gas chambers, they were mostly used for teaching and experimentation, not for mass murder.

Station Z of the Concentration Camp at Sachsenhausen

To the left of the main entrance are the old pathology building, mortuary vaults, and infirmary barracks, which house a sizable exhibition on medical care and medical crimes in the camp. There are a ton of information panels in this exhibition. Instead of attempting to absorb everything, it is usually more prudent to focus on a few.

Information for Visitors to the Sachsenhausen Memorial and Opening Hours

Despite having fewer hours during the Christmas and New Year’s holiday seasons, the Sachsenhausen Memorial and Museums are open on holidays. Although everyone is welcome, children under 12 should not view the information and images displayed in the displays or on the Memorial site. The grounds and all exhibits are free to enter. A nominal fee is required for a map or audio tour. Bicycles and dogs are not permitted on the memorial grounds.

The memorial site does not sell food or beverages, and the little café next to the museum, just at the entry, is not usually open. On the way to or from the memorial, pick up a picnic lunch at the bakery opposite the station.

For the best experience, join the Original Sachsenhausen memorial tour! Our tour guides take you through the entire camp, with fun and interesting stories.